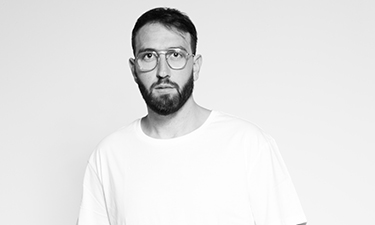 Young DJ and producer Rafa Barrios is on fire all over the world. The Sevilla native has published several records on various labels including but not limited to Intec, Stereo, Sola, and Blackflag. Rafa is one of the most prolific producers on the market in 2019; his Tech House music bringing a new and refined sound to the House music community. His tracks have been played by Carl Cox, Richie Hawtin, Marco Carola, Jamie Jones, Danny Tenaglia, Dubfire, and Stacey Pullen -who are not only some of the most respected artists in the industry but inspirations in Barrios’ musical upbringing.

Rafa Barrios has recently remixed artists Kim English, Chus & Ceballos, Boris, Gabriel Ananda, and Danny Tenaglia. All of which led to his production of hits’ Flip Flop and Woohoo- both on Sola, that were in Beatport’s Top 10 in 2018.

The past few years he has been performing in Barcelona, Madrid, Amsterdam, Bali, Belgium, Montreal, Miami Florida, Brooklyn New York, Ecuador, and Peru- just to name a few. Currently, you can catch him performing under elite labels Elrow and Repopulate Mars. Rafa’s Spanish roots shine through the deep current that is his unique version of tech house, with a career projection that has no limit.