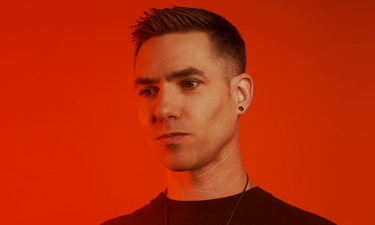 DJ, Producer, Remixer, Label Boss, Radio Host… For over a decade now Graeme ‘Sinden’ has stealthily established himself as one of the leaders of dance music as we know it. Well documented and support collaborations (Shadow Child, Todd Edwards, Dr Fresch, AC Slater) with an array of scene leaders demonstrate the level at which he operates

The past few years have seen a busy release schedule for Sinden, collaborative EP’s and remixes for Night Bass, a Defected release, a 2 track EP for Tchami’s Confession label, EP’s for Insomniac Records & an album for leading Japanese house label Sushi Records are just a few of many highlights.

On the remix front, his production touches are in high demand – his reworks for Cause & Affect, AC Slater & Alison Wonderland & Ajax to name a few are still firmly on the USBs of the main players.

Sinden is helming an exciting new record label called ‘Houseline’ which he carefully curated and visualized. Working alongside Insomniac Records, the first compilation was released earlier and enjoyed widespread acclaim and success. Taking inspiration from the spirit of no ego ‘music focused’ warehouse raves and the enterprising bass bent House and Garage music he pioneered, this label kickstarts a new and exciting chapter in an already colorful music career.

Sinden has also partnered with some great brands in the past couple of years further showcasing those production tricks and DJ skills. He performed at Roland’s prestigious 909 launch day event and at the Roland stage at NAMM. Sinden has also graced the stages of EDC Vegas and EDC Mexico, Electric Forest, Middlelands, Beyond Wonderland, Life Is Beautiful, Night Bass City and more. He also delivered a performance video for Serato, cementing his status as an official artist for the innovating New Zealand based company.