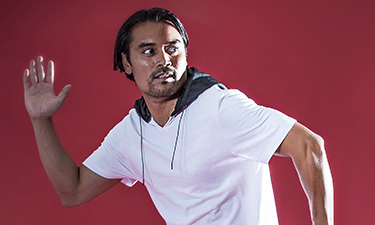 In 2008, his official remix of Lady Gaga “Just Dance” exploded all over the airwaves, on local radio stations and on BPM XM/Sirius Channel which then skyrocketed and sat in the number one spot on the Billboard Dance Charts for 36 weeks. This is when the goofy, superstar DJ’s success began to open doors.

Tony Arzadon was one of the members of a Chicago based Electronic Pop Group called the “Jumpsmokers”, which signed a deal with Ultra Records in 2009. Their biggest hit was a collaboration with Pitbull featuring Honor Rebel “Now U See It”. Soon they were quickly added to MTV’s TRL rotation and it gained worldwide international success, and this triggered a ticket for them to go on a World Tour to open for Pitbull and LMFAO. With the success of the Jumpsmokers, Tony Arzadon gained personal production/collaborations with Grammy Award-winning artists like Britney Spears, Enrique Iglesias, Katy Perry, LMFAO, and Mariah Carey, to name a few.

Tony Arzadon is a high-profile DJ, Remixer, Producer, Writer, and Composer. His bass in your face and high energy music has gotten massive support from Diplo, Tiesto, Skrillex, and The Chainsmokers. His hits are currently dominating the top five on the Billboard Dance Charts; Kygo and Whitney Houston “Higher Love”, The Chainsmokers & Illenium “Take Away”, Martin Garrix and Dean Lewis “Used to Love”.

His musical ability and skills to fuse any genre, and cross boundaries make Tony Arzadon a lethal, musical genius.

Tony’s touring schedule currently has a demanding 150+ shows a year.

No matter what party environment he is in, Tony can adapt to any music formats with a mixture of high energy Hip Hop, House to commercial EDM.